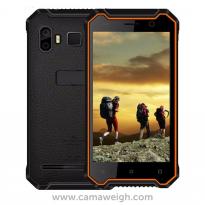 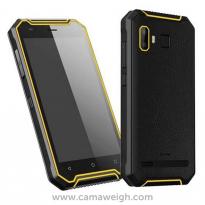 Are today’s mobile phones strong enough to be used in the harshest of environments? The continuing advancement in technology has paved way to more and more advanced smartphones in terms of capabilities. But when it comes to the weighing industry, smartphones need to be very rugged due to the environment they are being exposed to. They need to be able to handle being exposed to water, dust, and shock. Most advanced smartphones today appear to be very technologically advanced when it comes to their features and capabilities, but are they rugged enough for industrial use?  Many smartphones today are made to be waterproof and even shockproof, but only to an extent. Being rugged means smartphone companies need to sacrifice the elegant look of their phones.

Rugged phones are great for people with a demanding job which requires being constantly exposed to many environmental hazards. A rugged phone with a military-grade all around protecttion may be best suited for them. Aside from their main smartphone which they regularly use in their everyday lives, they can have a rugged smartphone a secondary phone which they can use when traveling. Aside from being shockproof, dustproof, and waterproof, rugged phones have military standard testing certifications for vibration and extreme temperatures. Camaweigh’s line of rugged phones is not only waterproof but can also withstand being submerged in shallow water for certain amount of time. All of the rugged phones offered by Camaweigh have IP67 and IP68 ratings. Camaweigh’s model A8 is a 3G rugged phone has an IP67 rating which means it can withstand being submerged in waters at a depth of 1 meter deep for almost half an hour. Camaweigh’s line of 4G phones, the P8 and D6, has an IP68 rating which means they can withstand being submerged in water of 1.5 meters deep for also 30 minutes without being damaged. No one would purposely subject their smartphones to these kinds of situations, but if you are working the industrial field or anywhere which have these kinds of conditions, it might be best to be safe than sorry. Having a military grade rugged smartphone will keep you mind at peace that your phone will survive when unexpected events happen.

Rugged smartphones might seem indestructible but don’t forget that they are still regular phone with only added protection compared to other mobile phones. Perhaps the most delicate and important part of any smartphone, rugged or not, is their glass screens. Many smartphone companies have been developing strong and tougher screens for their smartphones. Although drop tests have proven some of them to be durable, they can still crack because different situation will result to always different results.

Most companies today who make rugged phones might be some which you haven’t even heard of. This is because the majority of consumers don’t usually prefer rugged smartphones. The giants of the smartphone industry like Apple, Samsung, and Huawei rely on elegant looks and additional phone features to attract their target consumers. They also tend to be pretty expensive compared to rugged phones. Some companies which produce rugged phones are Camaweigh, CAT, Doogee, Kyocera, and many more.