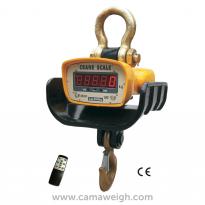 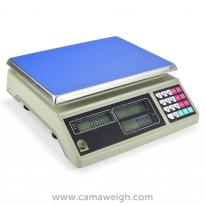 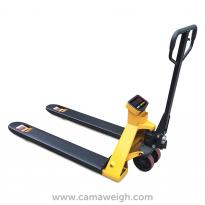 Today, weighing has become part of everyone’s lives. Each of us has had an experience with weighing something. We weigh ourselves to see if we have lost weight. We weigh our ingredient to makes sure that we get the right amount in our recipe. We weigh our luggage before checking-in into the airport in order to avoid overload penalties. When we go to the supermarket, the fruit and vegetables are priced according to their weight, as is also with the meat and fish. Weighing is used everywhere and it is very important in some industries because having a wrong weight may sometimes means losing large amounts of money. Industrial weighing scales are very important because these kinds of weighing equipment are built specifically for the purpose of accuracy and durability. There are lots of kinds of industrial weighing scales available on the market.

As mentioned before, industrial weighing scales are built for extreme accuracy and strength. Load cells are used in almost all types of industrial weighing scales because of their ability to provide weight readings with negligible percentage of error. Digital weighing equipment will always have load cells in them since they are not compatible with analogue systems. Industrial weighing equipment makes use of load cells being of their higher load weighing capacities compared to the old spring system. Older weighing equipment made use of the spring technology. This type of weighing technology is not that accurate compared to the accuracy provided by load cells. Also, the old spring system is not that advisable because, unlike with load cells, they are only applicable up to a certain amount of weight. When the maximum weigh in the older weighing scales were reached, the spring inside was in danger of being damaged. Unlike today’s load cells, spring systems don’t have maximum overload allowances and safe overload capacities. When spring load systems reach their maximum weight capacity and are exceeded, what happens is that they either break or get deformed permanently.

Industrial bench scales, also called as compact scales, are very ideal for use in small spaces because they only take a small amount of room. Bench scales have industrial durability and provide maximum accuracy even though it’s small sized. Camaweigh’s bench scales can be used in both dry and wet areas. Bench scales are often used in counting, quality control, parcel shipping, filling, and general weighing needs.

Crane scales are another type of industrial weighing scale which is used on trains, planes, and ships. They are used to move heavy cargo while being able to weigh them at the same time. Crane scales may also be used to measure both the pressure and the load applied on it. Counting scales, on the other hand, have a prime function of making weighing very simple. This type of industrial weighing scale was mostly used for collating shipments and inventory control. It is call a counting scale because you can determine the weight of a single unit by dividing the total weight of the load by the total number of objects on the scale.