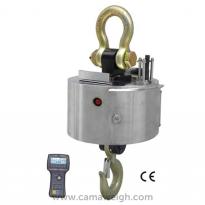 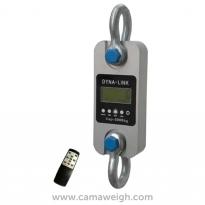 What are Crane Scales?

Crane scales, which are alternately called as hanging scales, are a type of industrial weighing scale which functions slightly different than the other ordinary scales. This is because instead of the normal weighing of putting the object or load to be weighing on a platform, it is hanged on the hook of the crane scale. Crane scales are basically a crane which is equipped with a load cell. There are two types of crane scales, analog and digital. But for industrial applications, digital crane scales are always used and are recommended than analog. The reason for this is that digital crane scales make use of load cells for measuring the weight of any object it is used on. Each variant of crane scales have their own maximum weight capacity depending on its load cell. Industrial crane scales need to be accurate and strong enough to lift up objects which are very heavy. Crane scales are most often found in the shipping industry. They are used to transfer and load crates and trailers onto carrier boats. Crane scales are very important because ships and boats have their own load capacities. It is very dangerous to overload boats and ship because they can have the possibility to capsize.

How to Use Crane Scales Efficiently

To have an efficient loading system using crane scales, it is best use a fixed crane scale which has the desired maximum load capacity allowed on the loading platform. For example, if the maximum load of the ship is only 30 tons, then it is best to use 30 tons crane scale. Once the maximum allowable weight of 30 tons is exceeded, an overload indicator light will be activated, informing the operator of the overload. Camaweigh’s crane scales have very long battery life and can be used of up to 50 hours of operation.