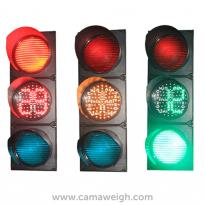 Customize your own Traffic Lights 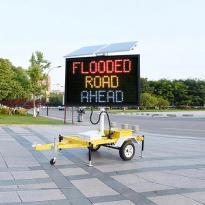 Customize your own Traffic Lights

Traffic lights are an essential component in today’s traffic systems. They are electrical devices which are used to direct the movement of traffic. Traffic light signals are commonly found and used on roads at pedestrian crossings and intersections. Ordinary traffic lights consist of 3 colored lights; red, yellow, and green. Each one of these colors represents a certain instruction to be followed by the vehicles when they light up.

December 1868 the first traffic light in the world was lit up manually in London. This first kind of traffic light wasn’t electrically powered like it is today, but it was gas-powered. Also, unlike today’s traffic lights, there were only two colors implement. They only used red and green traffic lights at the time; the yellow light signal was still not added until years to come. This was a major breakthrough in the traffic management system until it exploded with the month on its implementation. The first traffic lights had the words STOP and PROCEED. It was only on the year 1914 when the first electric traffic lights were introduced in Cleaveland, Ohio. This first type of electric traffic lights were equipped with a buzzer which informed the vehicles and pedestrians that the light was about to change. But this was a bad idea since it was hardly heard by the drivers inside their vehicles. This caused numerous accidents which prompted the implementation of the yellow signal light to accommodate the buzzer sound to serve as a visually warning to the drivers. In the year 1923, the first automated traffic light system was invented and implemented. On the same year, different countries implemented the automated traffic lights into their traffic management systems. Traffic Light Implementations of Different Countries Generally, we know of traffic lights as having 3 main colors of red, yellow, and greed which signifies Stop, Slow Down, and Go respectively. However, in different countries, there are more than just 3 traffic light colors and each are implemented different ways. In some countries like Britian and other European countries, traffic lights consist of 4 colors. Red is for Stop, Red and amber which signals to stop but prepare to advance, Green for Go with caution, and Amber which signals to Stop until safe to proceed.

The primary purpose why traffic signal lights were invented was to control and help ease traffic congestion at road intersections by providing an organized traffic system. Using different light colors, traffic lights are able to inform drivers when to stop and go.

Traffic signal lights are also used by many establishments at their parking areas. Parking lots make use of traffic lights to inform drivers if there are still available parking slots. A green light signals drivers that there is still an available slot, while a red light means that every slot has been occupied.